Community of Sisters Disciples of the Cross

Strona główna / Community of Sisters Disciples of the Cross

The Community of the Disciples of the Cross is a Diocesan Polish Religious Institute of Sisters, founded by Sr. Helena Christiana Mickiewicz and constituted on September 14, 2015. The Institute has an apostolic character and its members make public religious vows. At a time when the teaching of the Second Vatican Council stressed the special role of lay people in the Church and the world, there was a need for a practical reading of this call which the Holy Spirit addressed to the Church. In response to this, a community of sisters was created. The Disciples of the Cross offer their lives for those who are far away from God and form lay apostles in this spirit.

The Sisters want to contemplate the Crucified Jesus who, in obedience to the Father, accepted the Cross for our salvation and thus revealed the mystery of the love of the Holy Trinity. As Disciples of the Cross, they want to proclaim this love, to entrust themselves to Mary and, in unity with the Saviour, to lay down their lives in a loving sacrifice for those who are far away from God.

The sisters hold everything in common. In their name – the Community of the Sisters – they emphasize the radical life of the command of love, through which Christ’s disciples are recognised. They wish to permeate their mutual relationships with this spirit, with a special emphasis on reconciliation, forgiving and accepting one another in their weakness. Every day of a Disciple of the Cross is marked by the mutual penetration of contemplation and apostolate. The community has a House of Prayer called the Contemplative Home, which is a place of spiritual renewal for the sisters and other people.

The first candidates gathered together in prayer during the night of August 14th  1982, entrusting themselves to God, with the intention of sacrificing their lives for the Church, and in a special way for those who are far from God. Then on August 15th it was complemented by an act of devotion to Mary. On Holy Thursday in 1983, during a prayer,  the sisters became convicted that they were to be called the Disciples of the Cross and were formally constituted  as such  by  Archbishop of Szczecin-Kamien in 2015.

The Disciples of the Cross realise their mission through the formation of lay apostles who help lost brothers and sisters in finding the way back to God the Father.

Sisters accompany lay people in their constant process of maturing and becoming like Christ; they try to enliven in them a sense of responsibility for the Church community, for the salvation of all and for bringing the spirit of the Gospel into their environment. They prepare lay people to entrust themselves to Mary for the Church and for the eternal life of all people.

In the formation of lay apostles, sisters use various methods and forms depending on  the constraints of place and time. They work with individuals and systematically (e.g. once a month or every week) with groups of children, teenagers, adults,  as well as with the elderly, the sick and with families. 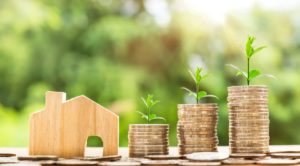